In 2007 something happened that changed the course of my life and career — the ABC drama called “Dirty Sexy Money” premiered.  What was remarkable for me about the prime-time soap was Candis Cayne playing the role of Carmelita. That debut made Candis the first openly transgender actor to have a recurring role on a prime-time television show.

That moment was so pivotal for me: after being in New York City pursuing a career as an actress for many years, I now knew it was possible to be openly trans and have a career.  That possibility model shifted my belief system.

I have been a performer my whole life. I started studying dance when I was 8 years old in Mobile, Alabama, and was performing in dance recitals and talent shows by the time I was in 3rd grade. My childhood was filled with dreams of fame and performing in television and movies, and on Broadway and the great stages of the world.

I got a scholarship to study at the Alabama School of Fine Arts (ASFA) in Birmingham, Alabama and spent my high school years at that boarding school. I began my serious study of classical ballet while at ASFA. After graduating from ASFA I accepted a dance scholarship to Indiana University at Bloomington and eventually transferred to Marymount Manhattan College where I graduated with a Bachelor of Fine Arts degree in Dance.

It was at Marymount that the acting bug bit me. My first week there a guest teacher saw me in the hall and thought I would be perfect for a play he was doing in the theater department. This was the first of many plays I did with the theater department even though I was a dance major. While this was frowned upon, I never played by the rules. I did my first film during my senior year at Marymount. I was spotted on the subway sporting long box braids, too much make-up with long lashes, a paisley vintage coat with a faux fur collar, platform shoes, and a mini dress.

During my college years, I went from being gender-nonconforming to being more and more femme. I would soon start my medical transition and living and identifying as female. As I started my transition, I knew I wanted to continue to perform and I often found myself performing in drag shows in the nightclub scene.  I never really identified as a drag queen but it provided an outlet for my desire to perform.

By the time Candis Cayne made history in 2007, I had done a number of student films and independent films often to get experience on camera and footage for my acting reel.  I had acted in off-off-Broadway shows for free just so I could perform more.  I usually auditioned for trans roles and those were mostly the work I got. At the same time, I found myself auditioning for agents and casting directors and not disclosing that I am trans. In retrospect, I believe many of them probably knew. But I didn’t want to lead with being trans; I wanted to lead with my talent. I also had a lot of shame still around being trans.

That shame started to lift when Candis Cayne came onto the scene. I didn’t think it was possible to be openly trans and have a career as an actress. Candis proved that it is possible.  After the premiere of “Dirty Sexy Money”, I made postcards with photos of me declaring, “Laverne Cox is the answer to all your acting needs.” I sent that postcard to about 500 agents and casting directors, and it led to four meetings. One of those meetings was with Paul Hilepo, who is still my manager. The next year I booked my first appearance in an episode of “Law and Order” (a rite of passage at the time for a New York City actor), then a second “Law and Order” appearance. Then I did my first pilot for HBO’s “Bored To Death,” followed by a reality show called “I Wanna Work for Diddy” which lead to me producing and starring in my first show on VH1 called “TRANSform Me”.  In 2012 I booked the show that would change my life, “Orange is the New Black.”

we are born as who we are

the gender thing is something that is imposed on you.

With various ‘firsts’ in her already impressive career, Laverne Cox is a four-time Emmy-nominated actress Emmy-winning producer, and a prominent equal rights advocate and public speaker. Laverne’s groundbreaking role of Sophia Burset in the critically acclaimed Netflix original series ‘Orange is The New Black’ brought her to the attention of diverse audiences all over the world. This role lead to Laverne becoming the first openly transgender actress to be nominated for a Primetime acting Emmy and made her the first Trans woman of color to have a leading role on a mainstream scripted television series.

Laverne appeared in the Global Hit ‘Inventing Anna’… Shonda Rhimes’ 9-episode series for Netflix where she co-stars with Julia Garner and Anna Chlumsky. Upcoming is ‘UGLIES’, co-starring with Joey King directed by McG also for Netflix.

Laverne added podcaster to her resume by launching the award-winning ‘The Laverne Cox Show,’ with Shondaland Audio and iHeart Radio.

Laverne is an Emmy-winning producer and her last documentary ‘Disclosure,’ which she executive produced, is currently streaming on Netflix. Disclosure gives an unprecedented, groundbreaking look at the depiction of transgender characters throughout the history of film and TV. Her other documentaries include the Emmy-winning Laverne Cox Presents: The T Workd’ and ‘Free CeCe.’

Laverne is the first openly transgender person to appear on the covers of TIME Magazine, British Vogue, Cosmopolitan Magazine, and Essence Magazine, among others. Laverne also proudly holds two SAG Awards, winning them with her Orange Is the New Black castmates for ‘Outstanding Performance by Ensembles in a Comedy Series.’ Other accolades include a Critic’s Choice nomination for “Best Supporting Actress,” and consecutive NAACP Image Award nominations for “Outstanding Supporting Actress in a Comedy-Series.” 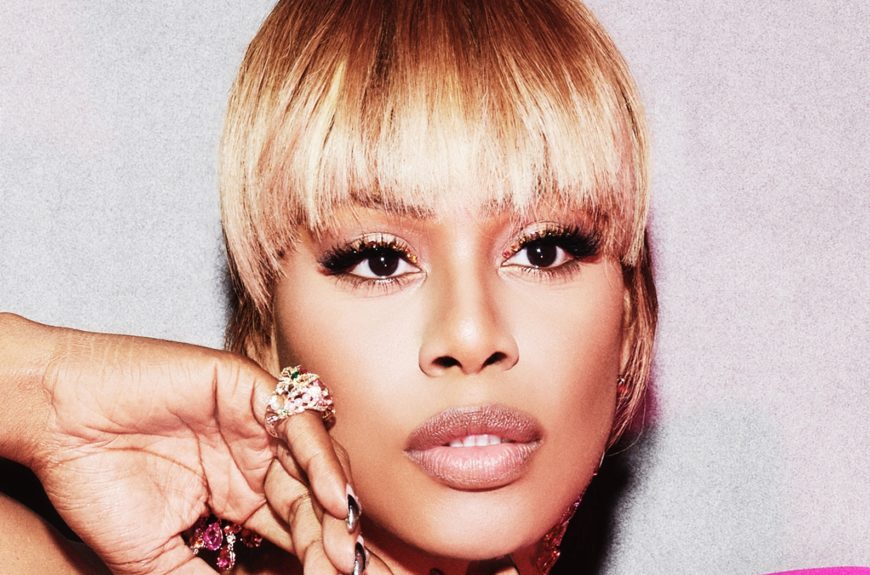 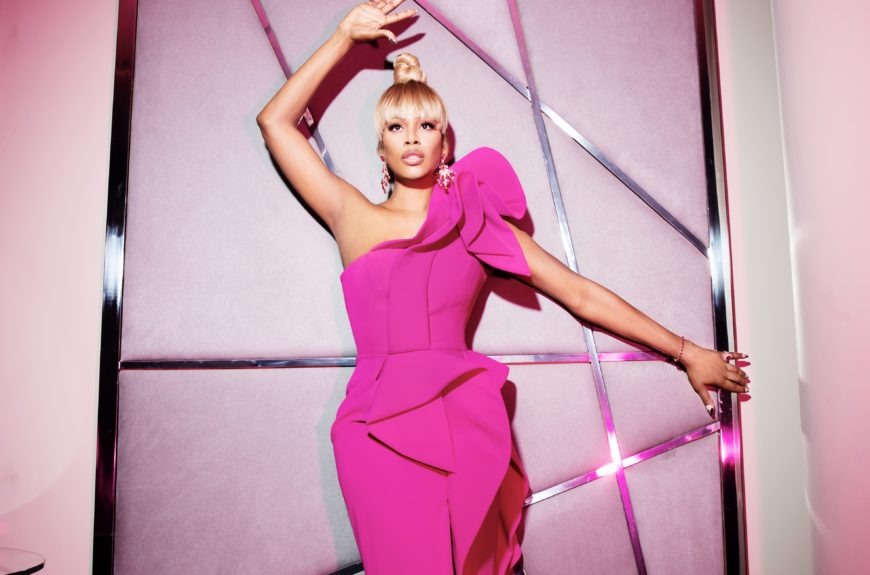